Tucked away in the extreme northeast corner of Washington, the Metaline Falls area holds a wealth of limestone, only some of which has been explored. Most of the current routes are on a multi-faced cliff called Washington Rock, which is across the Pend Oreille River from the small, eclectic town of Metaline Falls. A second, smaller area known as the Pend Oreille Village Crag is just north of town.

All of the 71 routes listed in a 2001 guidebook (Inland Northwest Rockclimbs, by Marty Bland) are bolted sport climbs. Although there are a handful of routes 5.10 and under, most of the climbs are in the 5.11a-5.13d range. Most climbs are single pitch, although there are some routes up to three pitches.

The first known route at Metaline Falls (Union Job, 5.11c) was put up by Conrad Anker, who was working in the area rigging power lines. Further development waited until 1997, when a group of Spokane climbers took interest in the area.

There haven’t been any apparent access issues to date. Because of the quiet nature of the area and the visibility of the cliffs to Metaline Falls, climbers are encouraged to keep a low profile at the cliffs, respect locals, and patronize area businesses.

A developed campground is 10 miles away at Sullivan Lake. There is undeveloped camping at the top of Washington Rock. There is also an interesting historic hotel in Metaline Falls.

The Pend Oreille Village Crags are reached by driving through a quiet neighborhood; please drive slowly. 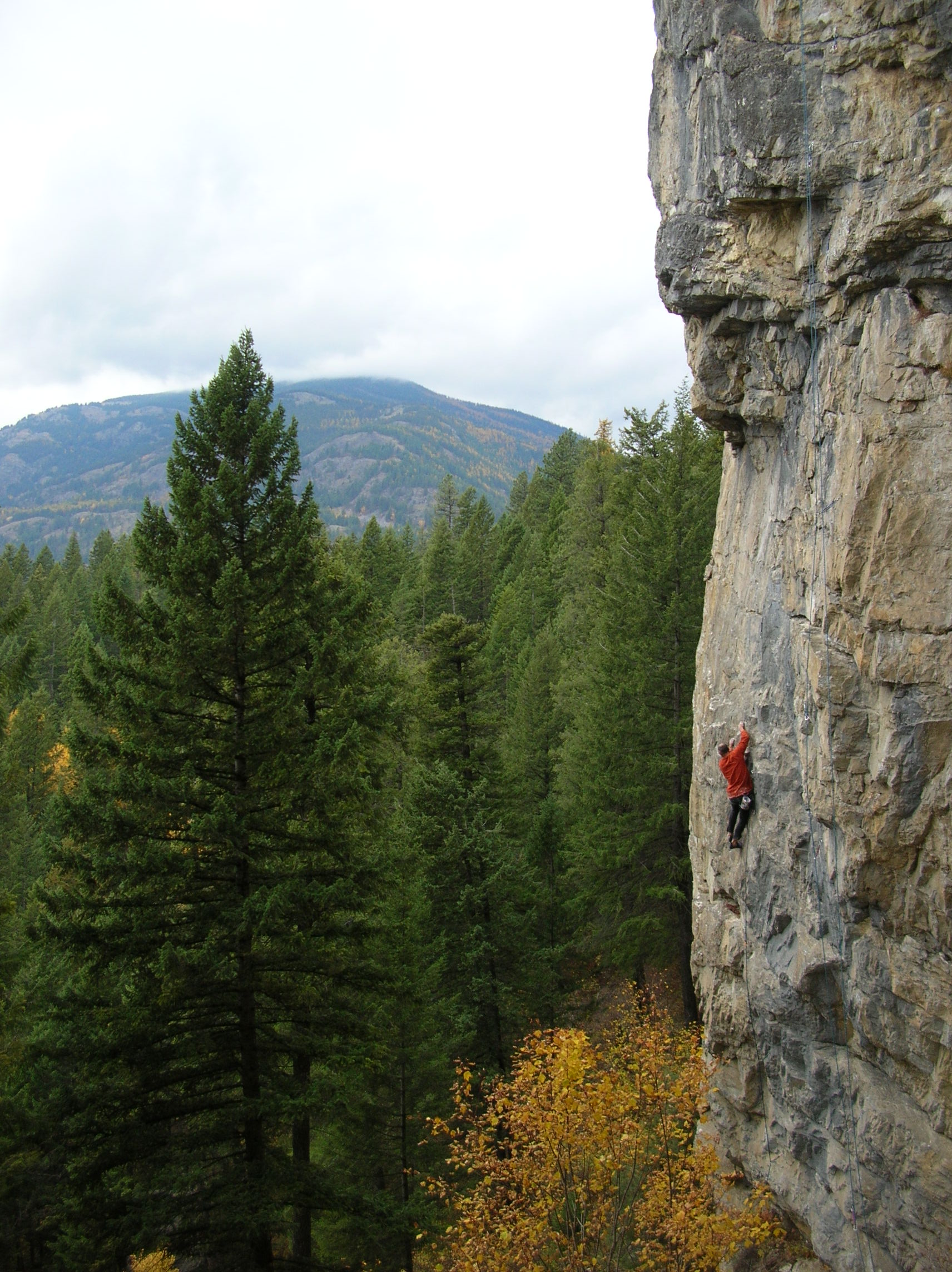 Dave Stephens on a Metaline Falls 5.11.
Photo by Matt Kerns.