Climbers have been helping care for the land in Frenchman Coulee and Echo Basin (the area commonly known as “Vantage”) for decades. The Access Fund organized work here in 2000, and the Washington Climbers Coalition has done projects here since 2010. The Mountaineers, the American Alpine Club, and the Spokane Mountaineers have participated in these efforts and all of this has been done in cooperation with the Washington Department of Fish and Wildlife. 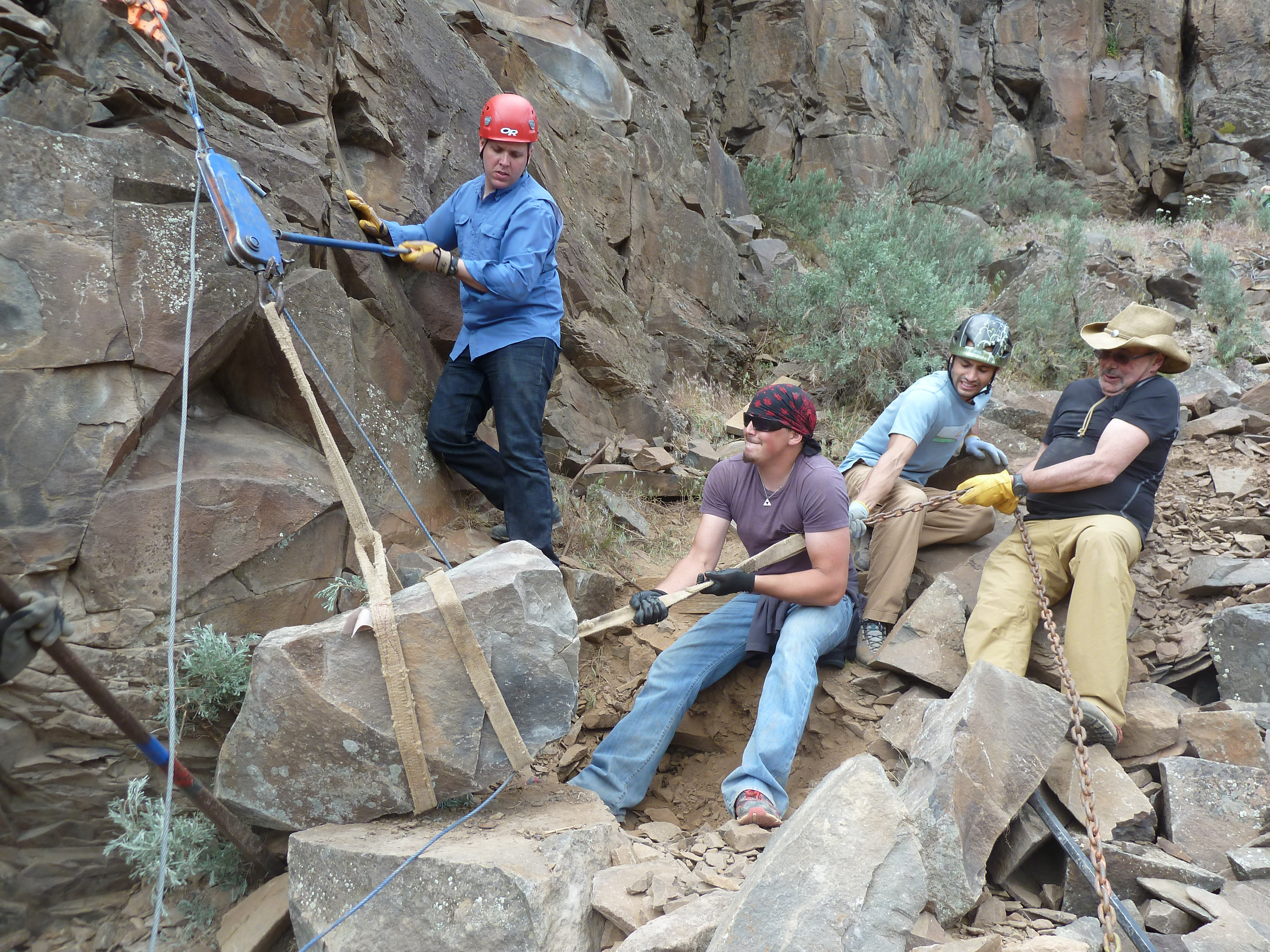 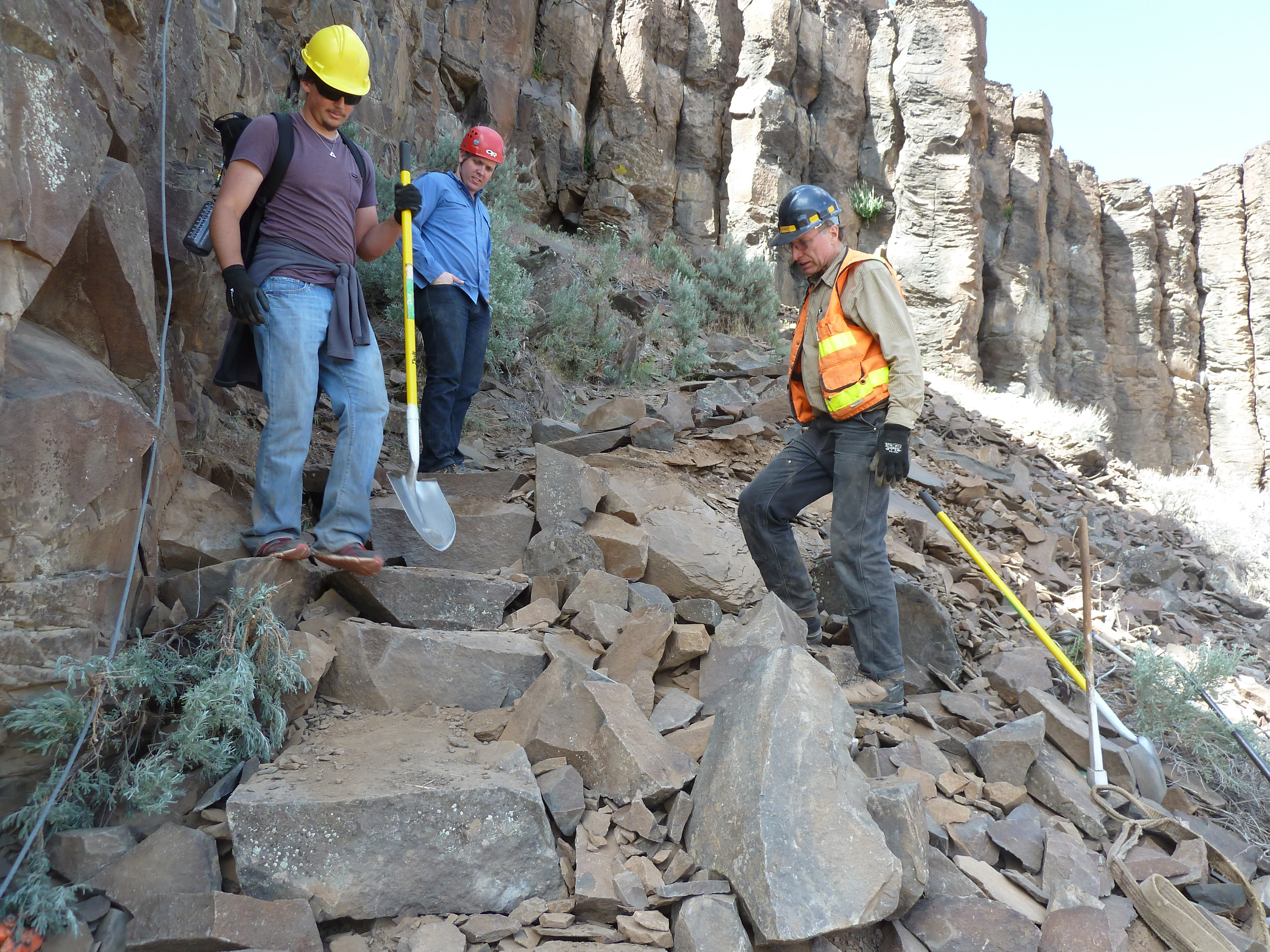 More about climbing in the area…

Stewardship projects at Vantage have been varied. Climbers have worked to pick up trash, and we raised money to install a toilet here so that the area would not be despoiled by human waste. We’ve build trails to control erosion and we’ve delineated existing trails so that dispersed traffic will not cause unnecessary damage to fragile soils in the area. We’ve removed graffiti. In one case we mounted a rescue mission to retrieve a porta-potty that had been dragged across the road and thrown off a cliff by some over zealous revelers following a concert at the nearby Gorge Ampheater.

At Vantage, we climb on basalt cliffs that frequently have loose, dusty talus below them. Many of the access trails cross or travel up and down treacherous slopes. In some areas, there may be some islands of relative stability to be found where there is fragile desert step vegetation taking hold. Climbers have worked to develop trails that are safe and solid and which minimize damage to the desert environment. Please use them. 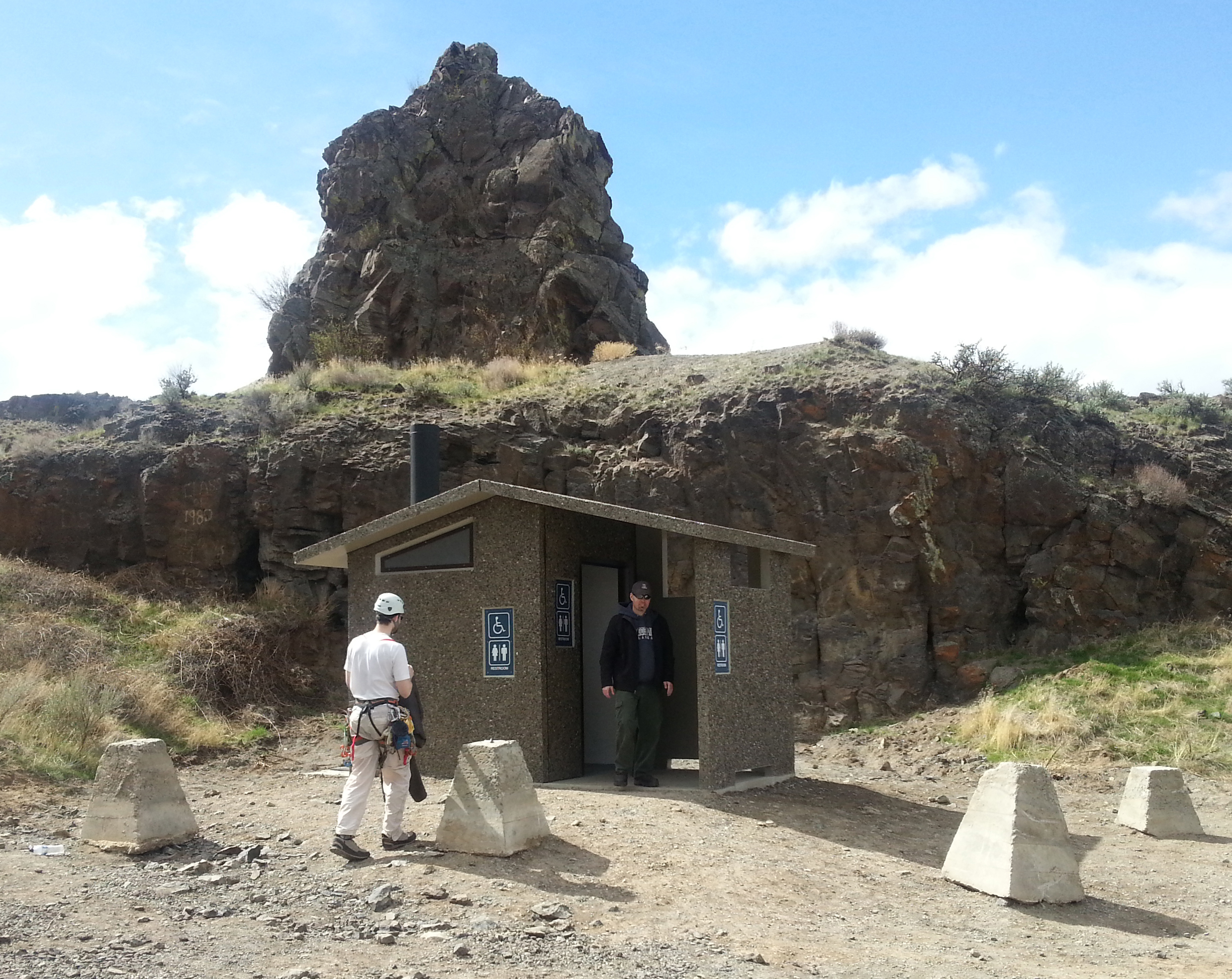 With increasing popularity and no toilet facilities to be found between the highway and the parking lot, the area became littered with stray toilet paper and undesirable material made a mess of the landscape surrounding the parking area and the basin where visitors camp in large numbers. Climbers had been asking permission to install a toilet here for nearly twenty years when, in 2012, Washington Fish and Wildlife finally said yes.

The Washington Climbers Coalition, the American Alpine Club, The Mountaineers, and the Spokane Mountaineers raised money to pay for the installation of this toilet in 2014. This was a major donation to Washington Department of Fish and Wildlife and a major improvement to the climbing experience and the natural environment at Frenchman Coulee. In 2017 we raised funds to install a second one because the first has been overloaded. Fish and Wildlife intends to install the second toilet in early 2018. 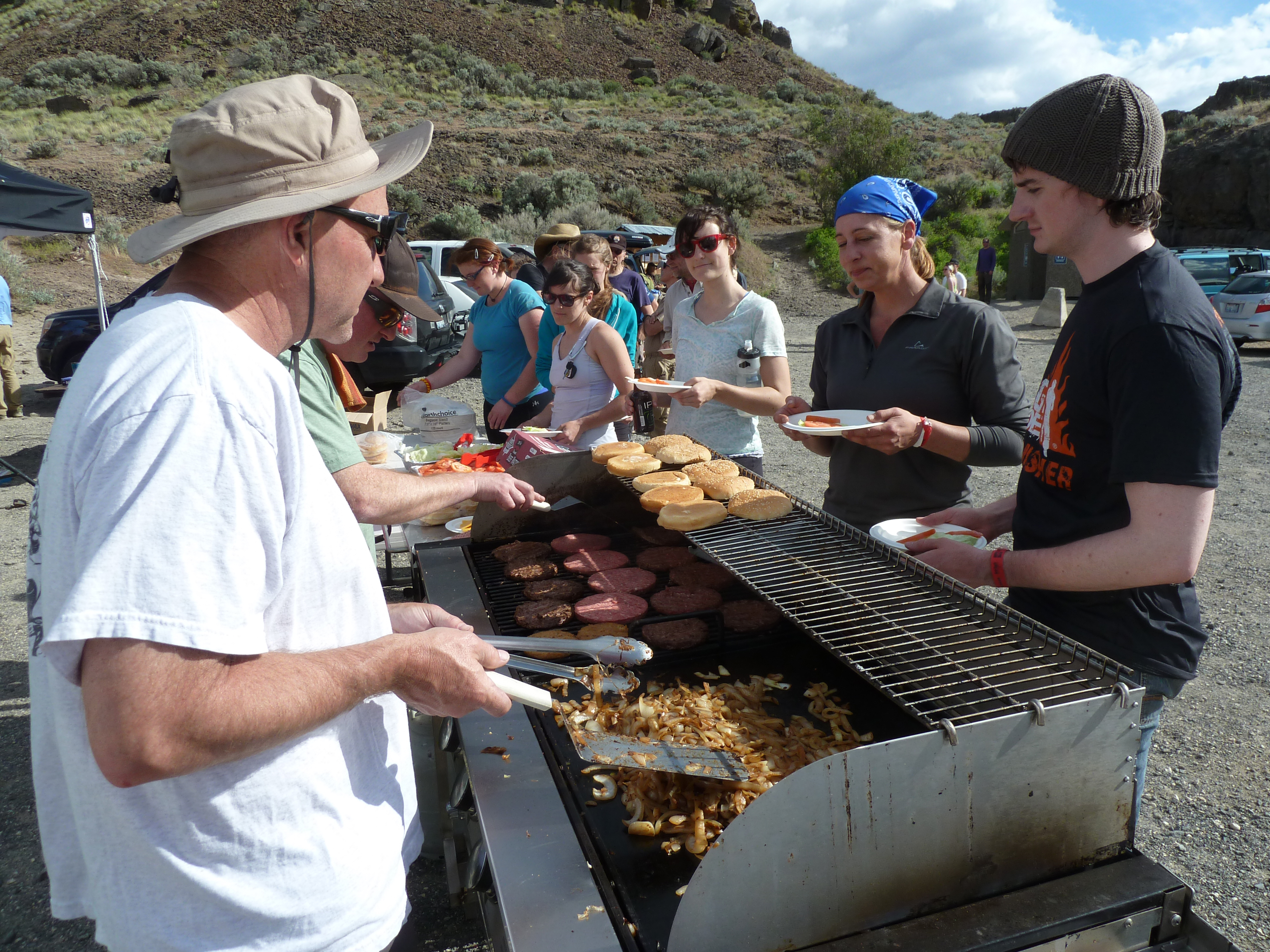 Stewardship efforts are often combined with celebrations of climbing and public access.