Olympia, June 21, 2017. Years of work by rock climbers culminated this week when Washington State Parks Director Don Hoch signed a new climbing management plan for Forks of the Sky State Park (Index Town Walls) and an updated plan for Beacon Rock State Park.
The Forks of the Sky plan applies to Index crags that include the Country, Upper Town Wall, Diamond, Lookout Point, and Private Idaho, all of which are located on land owned by State Parks. The plan will also apply in the future to the Lower Town Wall, which was purchased by the Washington Climbers Coalition (WCC) in 2010. The WCC acquired the Lower Town Wall with the intent of donating the property to State Parks after certain conditions are in place, including a climbing management plan. State Parks has already been authorized to accept the donation subject to climbing-friendly deed restrictions, including restrictions providing that the primary purpose of the property is to remain a “high quality venue for technical rock climbing and bouldering.”

The climbing management plan for Beacon Rock had not been updated since 1996. It was outdated in a number of respects, including a requirement that new routes with fixed protection be approved by a climbing advisory committee that no longer exists.

Both of the new plans accommodate climbing. Among other things, new routes, including new routes with fixed anchors, may be established by the climbing community without prior approval. Route cleaning, including removing moss and small vegetation that is not threatened or endangered, is allowed, although it should be minimized “as needed for climber safety and a clear and enjoyable line of ascent.” Power drills may be used for placing fixed anchors. State Parks, however, takes no responsibility for climber safety, including the safety of fixed anchors.

Peregrine falcons nest at both Index and Beacon Rock. At Index, there is a presumptive closure of the most common nest site—the Upper Cheeks or “Beach” ledge of the Upper Town Wall—that begins on March 1 each year. If a nest is established, the closure will extend to approximately July 1. Certain pitches below the Beach ledge will remain open. The closure area and period can be adjusted based on actual observation of nesting activity. In recent years, the birds have nested elsewhere on the Upper Town Wall. This year, a voluntary closure is in place between the Waterfall and Golden Arch routes.

At Beacon Rock, the entire formation has been closed to climbing every nesting season since the mid-1990s, except for a limited area of the rock’s Northwest Corner. The new plan allows for this broad closure to be potentially reduced based on monitored observation of nesting activity and State Parks’ approval. Climbers can provide this monitoring, provided it is done in conjunction with an established climbing organization under State Parks-approved protocols. State Parks is first willing to examine whether climbing can be allowed on the West Face of Beacon during the nesting season. Depending on that result, it might entertain the possibility of closing a smaller area of the South Face, both within particular seasons and over time.

The East Face of Beacon Rock (from the route Boardwalk to Highway 14) remains closed to climbing to protect potential populations of two rare plant species. A complete species inventory is needed before this area can be potentially opened for climbing. Bouldering at the Hamilton Boulders within Beacon Rock State Park is officially allowed under the plan, although State Parks will continue to assess the area for impacts on pika habitat. The Hamilton Boulders are home to what is reportedly the lowest elevation pika colony in the contiguous United States. The WCC encourages boulderers to minimize impact at the Hamilton Boulders by using established pathways and stepping on bare rock (not moss) whenever possible.

The Index plan was developed by State Parks in cooperation with the WCC. The Beacon Rock plan was updated by State Parks with the assistance of an advisory committee of climbers that included local climbers and representatives from the Mazamas, the WCC, the Access Fund, and the American Alpine Club. 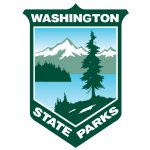