Little Si features two large, imposing walls and a collection of smaller crags. World Wall I and World Wall II are continuously steep and have Washington’s highest concentration of 5.13 and 5.14 sport routes. The smaller crags have a number of good-quality moderate routes. Almost all are sport routes.

Although its climbing history dates back to at least the 1950s, most Washington rock climbers overlooked Little Si (and the North Bend area generally) until the early 1990s. Access issues followed an explosion of routes and climbers after the release of a guidebook in 1992. There were parking problems and conflict with the surrounding neighborhood. DNR became concerned about these issues, as well as the proliferation of access trails and a growing erosion problem. For a time, DNR seriously considered prohibiting climbing in the Mt. Si NRCA.

A number of Access Fund work projects (many sponsored by REI) created the trail system and belay terracing now found at Repo Rocks, the Woods, and World Wall I. Based in part on this work, DNR wrote a letter in 1997 that declared climbing to be a “low impact” use compatible with the NRCA.

Climbers have honored requests from DNR to refrain from publishing and developing routes on some of the larger cliffs of Mount Si. DNR has also requested that climbers avoid creating routes that “top out” on crags (installing rappel anchors instead) to avoid impacting clifftop plant communities. This is especially important where there are “mossy balds” atop cliffs.

Little Si’s parking issues were largely resolved when a new trailhead parking area was opened in 2001. The Access Fund (again with support from REI) organized projects that built the majority of the trail linking the new parking area to Little Si.

Climbing at Little Si is addressed in the NRCA’s Public Use Plan (June 1997). Under the plan, climbing is limited to “designated areas” only. Five areas are identified in the plan: Repo Rocks, The Woods, World Wall I, World Wall II, and Canopy Crag.

A select online guide to routes at Little Si can be found at North Bend Rock.

Access considerations:
Only “low impact” recreation is allowed within the Mt. Si NRCA. Climbing at Little Si is addressed in the NRCA’s Public Use Plan, which limits climbing to “designated areas” only (see below). Most of the Little Si crags are very close to a popular hiking trail. Please be considerate of other users. 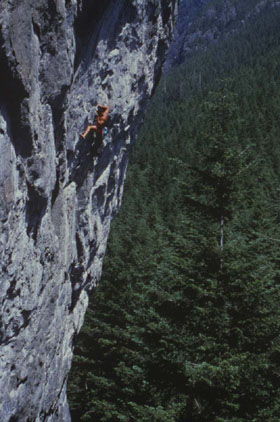 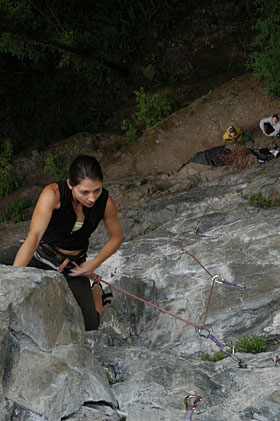