The Tum Tum cliffs are a collection of slabby domes and boulders approximately 30 miles west of Spokane, in a rural setting on the north side of the Spokane River. The roped climbing generally follows slabby cracks and faces in the 5.8-5.10 range. A number of pitches are over 100 feet long and one climb is reported to be Spokane’s only two-pitch route.

Watch for poison ivy and rattlesnakes.

Ownership/Management:
The Tum Tum crags and boulders lie largely on land managed by the state Department of Natural Resources.

Current status:
All crags on DNR land are open. Some historically explored crags near Tum Tum lie on private property and are closed. 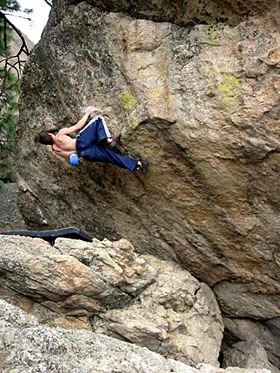