The area traditionally known as “Darrington” is a collection of granite domes in the Clear Creek Valley south of the North Cascades town known by the same name. Today, climbers enjoy boulders and cliffs spread throughout the surrounding area. Gorgeous peaks rise from the roadside and a vast wilderness awaits those looking for extended outings.

The granite in Clear Creek and Squire Creek offers generally lower angle climbing on slabs and knobby faces but steep walls are found here too.  The D-Ton boulders in the Whitechuck River valley offer great climbing in the shade. High quality boulders and crag climbs up to seven pitches long are found in the North Fork of the Sauk River, below Spring Mountain.

Current road status:
As of Summer 2018, the roads in Clear Creek, serving Exfoliation Dome, Three O’clock Rock, and Green Giant Buttress (with the classic climb Dreamer) are open. The road up Squire Creek remains blocked by a washout about a half mile short of the huge slide directly across from the north end of the Squire Creek Wall which came down in 2002. The roads to D-Ton Boulders and Spring Mountain are open. 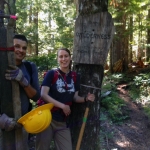 Three O’Clock Rock, The Comb, Green Giant Buttress, Squire Creek Wall, and such destinations as the West Face of Sloan Peak all lie within designated Wilderness. Power tools are prohibited in designated wilderness areas. Climbers volunteering to work on the Eightmile Creek trail used a “misery whip” crosscut saw on a 3 foot diameter log during a trail project undertaken here in 2014.

Although not far from the urban areas of Puget Sound, this area is remote. Cell phone service is unavailable in these wild mountain valleys and low clearance vehicles may not be suitable for some of the access roads. 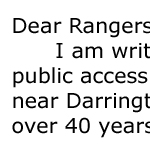 Not long ago, the Forest Service proposed to gate the roads to Exfoliation Dome and Green Giant Buttress (Dreamer) in the Clear Creek drainage. In addition, the trail to Three O’Clock Rock had all but disappeared where it approaches the crag. However, in about 1998 or 1999, climbers wrote letters objecting to the road closures and voicing an active interest in working with the Forest Service to keep the area open. The Forest Service never did gate the roads. In the Spring of 2005, the Forest Service said it lacked funds to reopen the Clear Creek road after heavy damage by winter slides. The Washington Climbers Coalition and the Access Fund organized a letter writing campaign and the road was reopened. You can read more about the effort here. 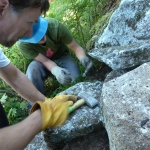 Climbers have been active stewards of the area. In 2000, 2001, 2003 and 2005, the Access Fund, The North Face, the Mountaineers, the Washington Trails Association (WTA), and the Washington Climbers Coalition have sponsored various work parties on the Eightmile Creek trail (which leads to Three O’Clock Rock). The WCC, the AF, and the Mountaineers did more trailwork work here in the years 2014 through 2018. The trail is vastly improved as a result, although it is still slightly rough and can be muddy in the first quarter mile or so.

In recent years, climbers have been helping take care of the Clear Creek road. We’ve been brushing the roadside and filling potholes for twenty years and climbers cleared a large culvert that was almost completely blocked just before the start of the winter storm season in 2011 – this almost certainly avoided what would have been catastrophic damage. A local group dedicated to keeping forest roads open, the Darrington Friends for Public Use has also targeted this road and a long time Darrington Climber, Mark Hanna, patrols the road watching for drainage issues or other threats. 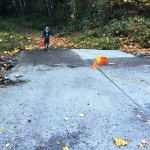 In 2015 and 2016, the Friends for Public Use and Washington Climbers Coalition partnered to make repairs to the concrete ford crossing at Asbestos Creek. We continue to cut brush along the roadside and remove blow downs from the roads in this drainage and the Darrington District has responded by increasing their attention here in recent years.

More recently, Darrington townspeople have joined in advocating to keep the road open and the Clear Creek road was selected as a pilot project for a program known as the Darrington Collaborative. Through this program, the road is to receive new culverts and new gravel surfacing before the end of the year 2018. 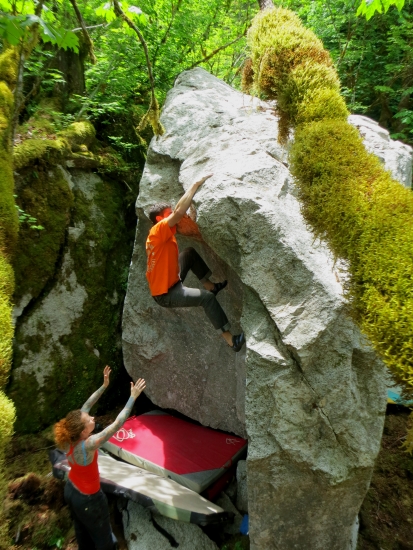 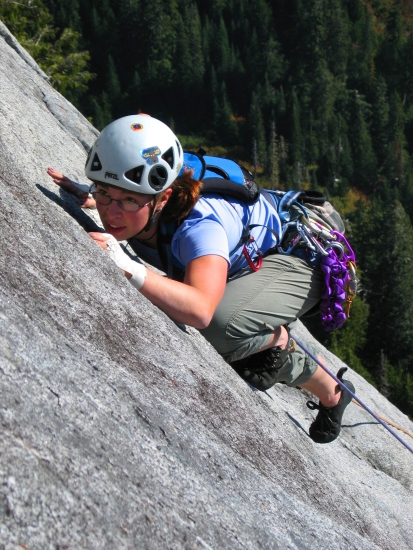 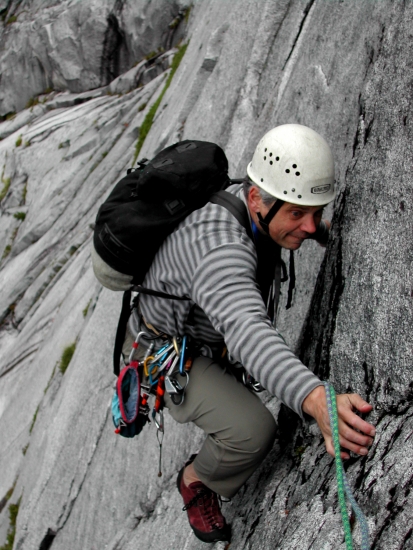 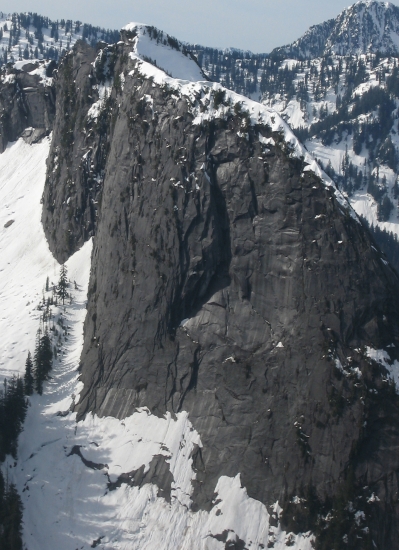