On January 21, 2015, the City of Anacortes bought a 20-acre parcel on the south side of Mt. Erie which had been partially logged and was slated for development. Climbers approach one of the main cliffs at Mt. Erie via trails that go on or near this property and this important acquisition will protect a key hiking trail and Mt. Erie’s scenic values for generations to come.

The Wasington Climbers Coalition and the Access Fund contributed to this effort through participating in a mediation process after a local group, Evergreen Islands, appealed the decision to allow the construction to proceed. We also contributed to the fundraising effort which supported the purchase.  We are very please to see it succeed.

The WCC has joined Climbers for Christ and the City of Anacortes, along with climbers and members of the Anacortes community, in trail projects and spring cleanups for several years. and local citizens to protect Mt. Eries and the climbing experience there over the last decade. Projects like this build relationships with other people involved in an area and generate good will while also improving our climbing experience.

In 2007 or 2008 the WCC obtained a revision to the Peregrine Falcon nesting closure so that climbers could continue to access certain routes out of site of the nest site during the critical nesting period. This only happened because we have a good relationship with the land managers – which in part occurs because climbers have generally cooperated with the seasonal nesting closures over the years. In 2016 there was no closure because the birds had not been observed to be nesting in the area.

Fortunately, the landowners and City have agreed to keep the trails open and a large part of the property forested.

To learn about or contribute to the 2014 effort to purchase and preserve an additional 20 acres of forest land at Mount Erie, go toÂ  Friends of the Forest 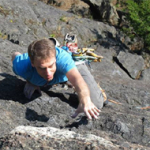