In early 2004, an environmental advocate read in Rock and Ice Magazine that climbers had established the “longest sport route in America” on Mount Garfield, near North Bend, Washington. This individual had been concerned about concentrated recreational use of various types in the Alpine Lakes Wilderness, and the climb, Infinite Bliss (IV, 5.10b, 23 pitches), lay inside the wilderness boundary. Seeing this route touted as an amazing accomplishment in a national climbing magazine, he could envision hordes of climbers flocking to the area and establishing other similar routes nearby. Further, he assumed that the route had been established with the use of a power drill. 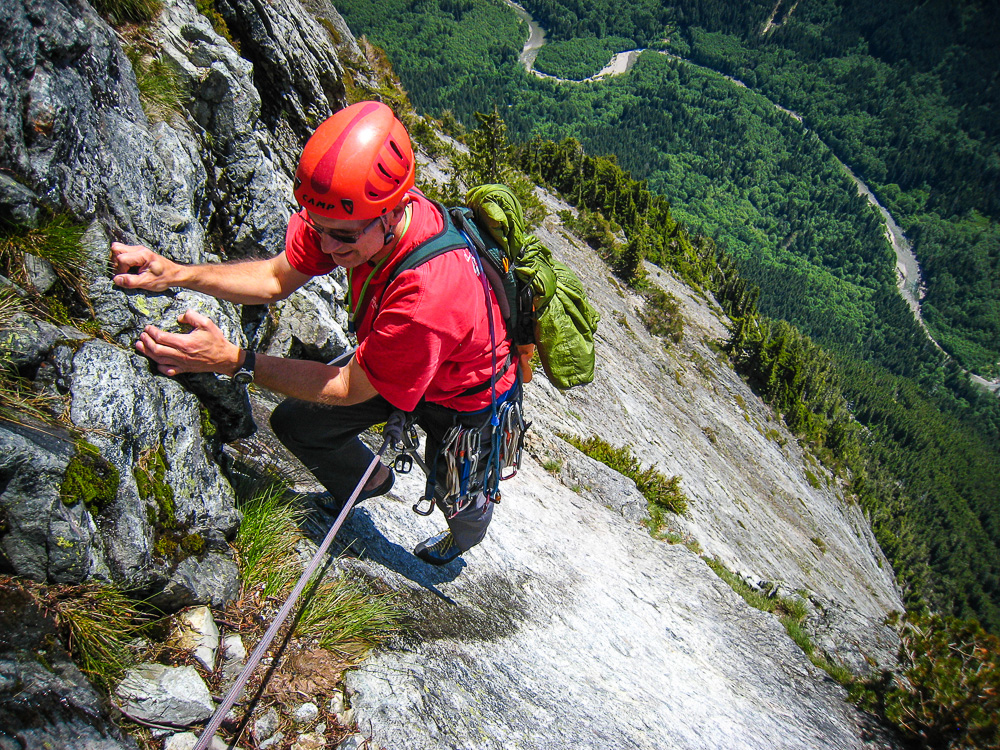 Curt Veldhuisen on pitch 19 of Infinite Bliss, by Jason Griffith

This individual, representing the Alpine Lakes Protection Society, contacted the Forest Service to demand that the route be removed. Forest Service personnel discussed their options, including citing the individuals involved in creating the route and mounting an expedition to remove the bolts; they too wondered if they needed to “nip this thing in the bud” or face an onslaught of similar route development in the immediate area of Mount Garfield. A related issue had to do with the development of a user-built trail serving the climb, as local officials have been trying to contain such development for years. Their discussion of these issues went on up the chain of command to Washington, DC.

In March, 2004, the Washington Climbers Coalition offered to help the Forest Service investigate this issue. The first thing we did was to contact the climbers involved in creating the route, and to obtain their promise not to continue any similar development in the area. We spread the word among climbers in general that the use of power drills in a formally designated Wilderness area is something that the Forest Service cannot allow and that violating the law may trigger access restrictions. In May, we toured the trail serving the route with Forest Service personnel and representatives of two local environmental organizations.

The route has seen steady but not overwhelming traffic. As far as we are aware, there have been no other similar routes developed there Many exciting climbs have been established in a more “trad” style on other iconic Alpine Lakes Wilderness peaks and the local Forest Service officials have not been faced with policing climbing development in a manner that might threaten the integrity of the Alpine Lakes Wilderness.