Currently, six pairs of nesting raptors select nest sites on cliffs in the Upper Skagit Valley, including the Climbing Management Areas of Newhalem West (Ryan’s Wall) and Newhalem East, as well as across Gorge Lake at sites along a cliff. National Park Service (NPS) biologists have been monitoring nesting raptors in this area for decades. As required in the most recent NPS Superintendent’s Compendium, these areas will be closed to all public from March 1st to July 15th of each year, or until the young falcons have fledged or NPS staff have determined that nesting will not occur on a specific wall during this period.

Access Fund, Washington Climbers Coalition (WCC), and North Cascades National Park ask climbers to comply with the seasonal raptor closure in order to ensure wildlife and recreation can co-exist for years to come. Climbers have a long history of collaborating with land managers to help monitor and scale back climbing activity during periods when cliff-nesting raptors are more sensitive to human disturbance. This commitment is the driving force behind a new collaboration with NPS to create a volunteer raptor monitoring program.

Access Fund, WCC, and NPS are looking for a small group of dedicated volunteers to observe falcon activity March through April to quickly identify annual nest sites and determine if certain walls can be opened early. We are also looking for volunteers to help monitor falcons at the Index Town Walls, where a nesting pair often selects a nest site at the Diamond, Cheeks, or right half of the Upper Town Wall. As in previous years, a spot closure will be put in place once their nest site is selected, and it will be lifted once its young have fledged.

If you’re interested in volunteering at either Newhalem or Index, please fill out this form by February 27th. We will follow up about a volunteer training day with NPS biologists at Newhalem in March.

It is important for climbers to understand that the Newhalem climbing areas have a long and complicated history, and cooperation with the NPS on these seasonal raptor closures is critical to ensure continued access. In 2008, WCC and the NPS entered into an agreement to establish four official Climbing Management Areas that include the Town Crags, Newhalem West (Ryan’s Wall), Newhalem East, and Diablo. This agreement placed a moratorium on any new sport or bouldering development in the Ross Lake National Recreation Area until the NPS finalized a General Management Plan in 2012 that outlined a process for establishing new climbing areas, which mandated prior approval. In recent years, some local climbers have established new areas without prior approval,creating tensions between land managers and the climbing community. Access Fund and WCC are actively working with the NPS to educate the climbing community, minimize recreational impacts, steward approved climbing management areas, and support the review process required by the National Environmental Protection Act before approval of new climbing areas. This process could take years to complete, and Access Fund and WCC ask climbers not to post public information on unapproved climbing areas and follow NPS management plans and rules in the future.

If climbers do not respect NPS closures and requirements, we risk losing the trust of our public land managers, which undermines our ability to gain legal access to climbing. Join us in kicking off this multi-year partnership to protect the climbing environment and ensure a future of climbing access in Ross Lake National Recreation Area. 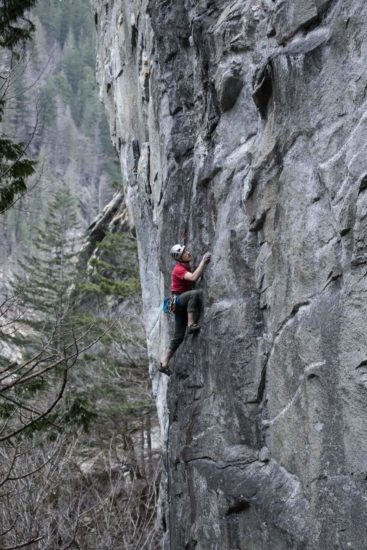