In 2012 a climbing guide placed two bolts at a rappel station on the descent route for the West Ridge of Forbidden Peak, the Park’s most popular technical climbing route. The Park Service has removed those bolts and announced a blanket ban on the use of any bolts throughout the Park.

Sadly, public controversy has gotten in the way of a balanced consideration of the issues at stake. The controversy involves a revival of decades old arguments about “clean climbing” and there have been allegations that the removal of those bolts may have contributed to a deadly accident. In 2013 a climber was killed in a rockfall accident during the descent from Forbidden Peak, and some climbers have argued that the accident may not have happened had the rappel anchors remained in place. The Washington Climbers Coalition hopes that all parties will take this opportunity to address the broader concerns at play here and We urge further consideration of issues related to climbing management in light of concern for public access, public safety, and resource protection.

Forbidden Peak is a spectacular climbing destination: it is a pointed granite matterhorn rising above glacier ice and primeval forest. A technically easy but off-the-charts exciting route leads to the top: the West Ridge. The route is featured in the book Fifty Classic Climbs of North America and visitors travel from all over the nation to climb it.

The National Park Service has a duty to provide public access in National Parks. They must also manage these public lands for resource protection and public safety. The Park Service has expended a tremendous effort to support climbing access over the years, and they have conducted countless rescues. We commend them for working with climbers and other stakeholder groups on many issues of concern.

The traditional descent of Forbidden Peak has presented challenges in terms of party management and safety. A climber sought to address these issues by installing a bolted rappel station in 2012. This station and a pre-existing one below it facilitated a descent down a rib that is outside the gully traditionally used to descend from the West Ridge. This route offered a safer descent and also kept descending climbers out of the gully where climbers climb up to the ridge in early season.

Why Were They Removed?

The local ranger was concerned about the prospect that there might be a proliferation of bolts within the park. Rangers removed the new rappel station and one lower down, claiming that these anchors were a violation of Federal law. Subsequently, they announced a policy that no bolts could be allowed in the designated wilderness within the Park (virtually the entire park is designated as wilderness).

The North Cascades National Park is one of America’s wildest national parks. The only road that actually penetrates the Park boundary is an old mining road: the Cascade River Road serving the trailhead for Forbidden Peak. This road follows an old trading route used by native Americans prior to the arrival of the miners. Native Americans and miners doubtless climbed many peaks in the North Cascades prior to the arrival of “climbers,” but few records remain.

Climbers have been visiting the North Cascades since at least 1906, when Asahel Curtis climbed Mt. Shuksan. Climbers continue to establish new routes on peaks in the Park with some stunning achievements in recent years.

Bolts and Fixed Anchors in the Park

Bolts are a hot-button issue and, in at least some of their communication, the North Cascades National Park has used the term “fixed anchors” to refer to bolts alone. However, “fixed anchors” are generally thought to include slings or cord and pitons in addition to bolts. When left in place, all of these are “fixed” objects. Such anchors are necessary for a safe descent from many peaks.

The first use of a piton in the North Cascades occurred during the first ascent of Mt. Goode by Wolf Bauer and companions during the first ascent of Mount Goode in 1936. Pitons have been replaced by gear which is more easily installed and removed, and modern climbers rarely carry them on climbs in the park. Rappel slings are much more common. Loops of cord or sling material are hung on rocks or pinnacles to facilitate a descent from several of the higher peaks in the park.

Bolts have been have been used in what is now the Park since 1967, before the Park was established. However, they are rarely used there for several practical reasons: (1) they are not necessary on the vast majority of climbs, (2) they require specialized equipment that very few climbers have or know how to use, (3) the equipment is heavy and it takes a lot of work to install them. Forbidden Peak, with at least ten published routes on it, had a total of about six bolts including the new ones placed in 2012.

In August 2014, climbing teams representing the Washington Climbers Coalition, Access Fund, American Alpine Club, Wilderness Society, American Mountain Guides Association, North Cascades Mountain Guides and The Mountaineers, along with a former National Park Service park superintendent, undertook an assessment of the descent from the West Ridge of Forbidden Peak. During their descent from the peak, the climbing teams and rangers replaced worn or redundant fixed webbing anchors, carrying pounds of old webbing out of the wilderness. Just as important, they discussed at length the impact of multiple fixed slings versus limited bolt installation on North Cascades visitors’ climbing and wilderness experience.

Recent events in the North Cascades highlight climbing anchor management issues. The North Cascades offer spectacular climbing that is in major part spectacular because it is wild and rough. That is not going to change. We look forward to working with the Park Service to address issues of concern.

The Washington Climbers Coalition works to keep Washington climbing vibrant by working with climbers, land managers and property owners on climbing issues, to educate climbers about legal, environmental and resource concerns, and promoting climber stewardship of our cliffs and boulders. 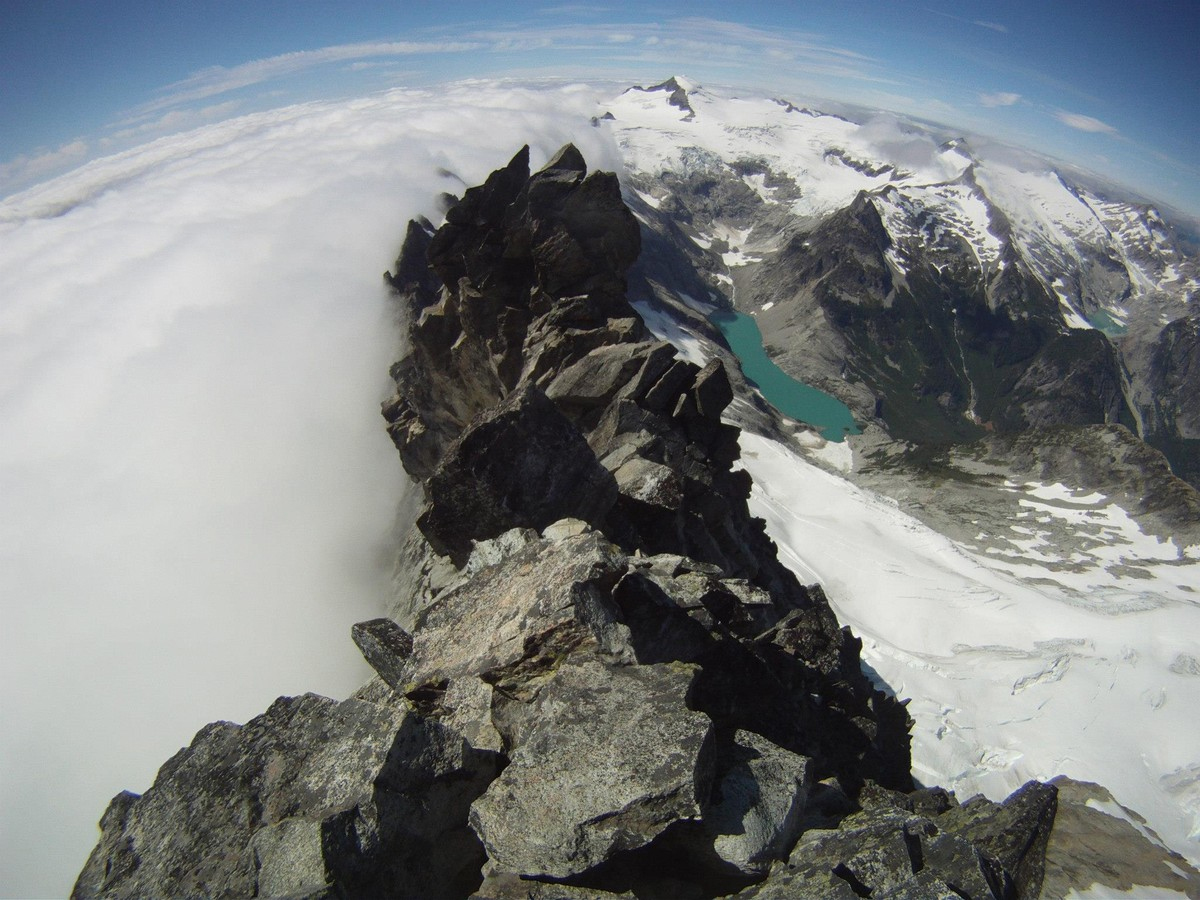 The West Ridge of Forbidden Peak is one of the most popular alpine climbs in the State – for good reason. Photo from cascadeclimbers.com.

Climbers, the Park Service, and conservation groups have been partners in the North Cascades. Current events offer an opportunity to strengthen these partnerships. 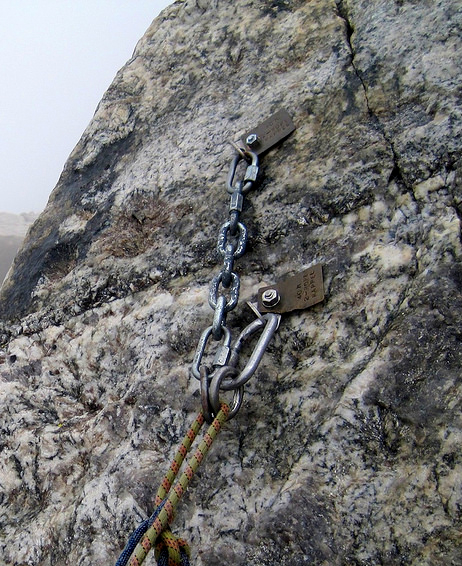 Park superintendents have broad discretion over management practices within U.S. national parks. The Park Service actually installed anchors on the standard descent of their most popular peak in Grand Teton National Park.